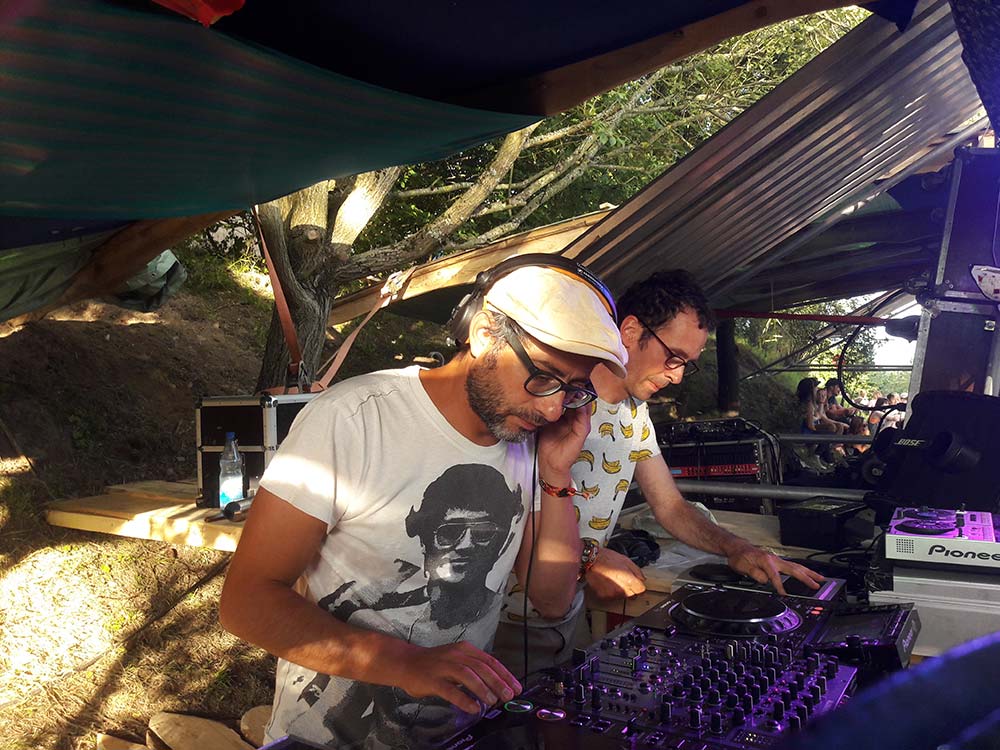 The Trickster at the cross road

If you take a look onto the landscape of contemporary Pop music culture, one feels as if you look out of the window of a moving train. The experience has a vintage component to it, as if one is sitting in some kind of Orient Express, watching exotic landscapes passing by. This view on the landscape quickly becomes milky, since what we see is not real. It is like watching a twilight scenario that exists on the edge between the old and the new. Everything vibrantly conjoins here, twitching and flickering during its seconds of existence. We look out of the window; bright lights, seething masses, almost unbearable this simultaneous jointly conflict!

Oriental Tropical equally is a construct of simultaneous contrary and harmonious energies. The project of Janeck, Michalis and Clinton understands itself as a musical expedition in far away countries. Dub from Punjab, music from the Hindukush and Orient, sounds from the Balkans, the Caribbean, rhythms of the rain forest – Djing with live percussion – a dance safari.

The roots of Janeck and Michalis lie in the Ukraine and in Greece, danceable and psychedelic should the music be- more global beats than world music. Traditional elements meet contemporary – high-tech. 1000 year old instruments meet electronic beats.

„We want to soften up cultural borders“, the trio remarks, that equally feels at home on small- and large stages. Places like “Die wilde Renate” Berlin, the Fusion Festival, the Staatstheater Wiesbaden and the Tropen Tango festival have seen Oriental tropical play. With friends like the VJ Pepe Nore from Argentina they celebrate their performance as a work of art.

The collision of music cultures at the crossroad of free market economy and cultural identity is seen by the author as a chance. One can get lost at cross roads, these pathways can be a dangerous place. But as the elder of the Yoruba tribe in West Africa taught their offspring: The trickster at the cross road is also the master of infinite possibilities.

The project Oriental Tropical can be equally understood, if the party protagonist is still able to think while dancing: The dissolution of any category in celebration of syncretism – the anti-hierarchical eclecticism that is ensouled by a utopian momentum. On these “dangerous cross roads” one of the best moments of thrilling friction arouses; the opposite of fake authenticity and honest preservation of tradition.